Concept of the journal "Scientific knowledge: methodology and technology"

Professional journal on the philosophy "Scientific knowledge: methodology and technology" was founded on September 26, 1997 at the South Ukrainian National Pedagogical University named after K.D. Ushinsky. According to the certificate of state registration of the printed media, the magazine was registered on June 26, 2010 by the Ministry of Justice of Ukraine No. KV 17195-5965 Р

The journal is published 2 times a year and is professional in philosophy according to the list of scientific editions of Ukraine. Approved by the decisions of the Ministry of Education and Science of Ukraine No. 241 dated March 9, 2016.

The journal is a peer-reviewed publication that supports the policy of open access to scientific publications and has a national and foreign sphere of distribution in Ukrainian, Russian and English.

In the XXI century, as a result of dynamic development, society faced the need for a sharp transformation of its further development. This need arose, as a number of problems began not only to grow rapidly, but also lost control. The threat of general chaos is more real today than ever. This situation in Ukraine is complicated by the crisis state of the society, despite widespread terrorist activity. Emerging problems often lead to moral and ethical confusion. Therefore, today the need for a harmonious moral and ethical development of society is particularly relevant. In the modern Ukrainian society, the value of culture and the significance of the moral imperative of I. Kant greatly increases.

Of great significance today is the ability of society to overcome the unexpected challenges, to show social, cultural and psychological resistance to existing and emerging crisis phenomena. These questions are of paramount importance to the editorial board of the journal "Scientific knowledge: methodology and technology". Particular importance in the journal is given to philosophical knowledge as universal. We are convinced that only with the help of a philosophical study of the innovations of social development, the progress of society and the PERSON is possible. Philosophy, in our opinion, should continue to exist as a classical discipline based on the experience of previous generations.

The journal's publication is based on the following basic principles:

All articles accepted for publication are posted in the Vernadsky V.I. electronic library, and the content of scientific research can be found at: Odessa, st. Staroportofrankovskaya, 36, PNPU library.

Articles are published as they become available.

Our publication informs readers about the state and prospects of the development of the humanities, the achievements and problems of higher education in Ukraine and in the world. The journal publishes materials of conferences, symposiums, "round tables", discussions on current topics of science, information about scientific events, materials of scientific and methodological materials, reviews, research reports, translations of works of foreign authors and other scientific works.

The journal "Scientific knowledge: methodology and technology" is addressed to researchers and university professors, graduate and doctoral students, students, young scientists, organizers and Maecenas of scientific research, as well as government and public figures who work in the field of science, education and culture. The publication is directed to the leading scientific and educational institutions of foreign countries, the largest national libraries, scientific foundations and other structures and institutions working in the field of science and education.

The journal is included in the Ukrainian Science Citation Index, as well as in the List of leading peer-reviewed journals of the Ministry of Education and Science recommended for publication of the main results of dissertations for obtaining scientific degrees of the doctor of science and the candidate of science.

The editorial board of the scientific journal "Scientific knowledge: methodology and technology" is guided in its work by international ethical rules of scientific publications, which include rules of decency, confidentiality, supervision of publications, consideration of possible conflicts of interest and others. In its activities, the editorial board follows the recommendations of the Committee on Publication Ethics and, in particular, the Publishing Ethics Resource Kit of the Elsevier Publishing House.

The publication is open to authors from any research, scientific and educational centers, universities of Ukraine and abroad. 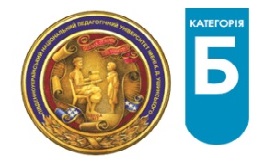